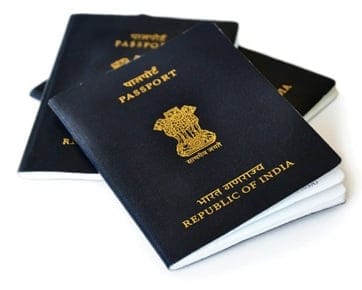 In order to streamline, liberalize and ease the process of issue of passport, the Ministry of External Affairs has taken a number of steps in the realm of passport policy which is expected to benefit the citizens of India applying for a passport.

The details of these steps are given below:-

DOCUMENTATION FOR PROOF OF BIRTH

DETAILS OF PARENT/LEGAL GUARDIAN:
In a welcome move, the new passport rules has done away with the mandate requiring names of both parents at the time of application. An applicant now only needs to provide the name of either one of the parents or the legal guardian. This makes it easier for children with single parents or orphans to apply for a passport. Provisions have also been made for spiritually oriented people (Sadhus/Sanyasis) who can now mention the name of their spiritual leader instead of their biological parents.
ANNEXES
The total number of annexes has been bought down from 15 to 9. Annexes A, C, D, E, J, and K have been removed and some of them have also been merged. Lesser annexes means less trouble for you to collate documentation.
ATTESTATION
While all annexes needed attestation from a Notary/Executive Magistrate/First Class Judicial Magistrate previously, henceforth all these annexes can now be in the form of a self-declaration from the applicant on plain paper. This will spare you all the running around for attestation that you would have had to do previously.
MARRIED/DIVORCED PERSONS
The need for a marriage certificate has been discontinued (along with annexure K). Also, in case of a divorce the applicant will not be required to provide the name of their spouse. This is another interesting change that has been made taking into consideration changing societal norms.
WORK RELATED URGENT PASSPORTS
For urgent passports, if a government employee is unable to procure the NOC (no objection certificate) or identity certificate from their employers, they can submit a self-declaration stating that they have given a prior intimation letter to their employer informing that they are applying for an ordinary passport to a passport issuing authority.
Overall, this move is set to make the application process easier and hassle-free for everyone. A welcome move, we say!
Source and other details visit: http://www.mea.gov.in/press-releases.htm?dtl/27874/Announcement_of_new_Passport_Rules