Since the current 15th Lok Sabha will complete its constitutional term on 31 May 2014,the next  election for the 16th Lok Sabha in India. Voting will take place in May 2014 in all 543 parliamentary constituencies of India to elect members of parliament in the Lok Sabha.In view of larger electorate and security concerns the election will be held in multiple phases.
The following major parties will contest in Lok Sabha elections.


a)The Indian National Congress which leads the UPA coalition  is the incumbent government.

After  Dr.Manmohan Singh has led the UPA coalition to two successive terms, the party is likely to endorse Rahul Gandhi as the prime ministerial candidate for the 2014 elections.

b)After two terms of not leading the government, the Bharatiya Janata Party will fight hard to return to power.

Gujarat Chief Minister Narendra Modi has been declared as the Prime Ministerial candidate by the BJP for the 2014 General Election.

The success of the party in the Legislative Assembly elections in November 2013 has raised the hopes of the BJP party.

After the last General elections the following major  developments have taken place which will play a major role in changing the mindset of the people and in turn will decide the fate of the next Government:

1) Many scams amounting to  several lakh crores of rupees involving many ministers,politicians were exposed revealing the corruption taking place to a huge extent. Many cases have been filed against ministers,member of parliament, politicians.

2) The anti corruption movement was started by Anna Hazare in 2011 with his followers. 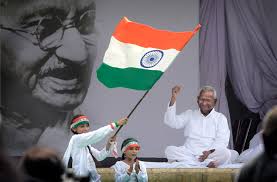 The  repeated fasts undertook by him against corruption and for the implementation of a strong Lokpal Bill has created awareness among people for the necessity of having a  government without corruption.

3) Due to the differences between the activists  Anna Hazare and his main follower  Arvind Kejriwal on some issues, Arvind Kejriwal launched a new party named as Aam Aadmi Party (AAP) on 26.12.2012.

Since its formation , AAP led several protests which has made the party and its leader Arvind Kejriwal very popular within a short period.

In the recently election held in Delhi , AAP emerged as the second-largest party, winning 28 of the 70 seats. With no party obtaining an overall majority, the AAP formed a  government headed by Arvind Kejriwal with conditional support from the Indian National Congress.

With the above scenario, the voters have to play a major role  in selecting a good and efficient government in the General Elections 2014.

The voters were so far influenced by the publicity given  and the canvassing of votes through various media like  News Papers, Television etc in deciding the election of MLAs, MPS for the formation of Governments in the States and the Centre.

In the General Elections 2014, apart from TVs and News papers the various social mobile applications will play a major role.

I give below the various modes for influencing the voters and canvassing votes by me:

a) Sending group mails to all the friends and relatives highlighting the credentials of my preferred candidate. A good example for this kind of canvassing, is the effectiveness of group mails sent by Change.org for signing  petitions against various social crimes.

b)Sending messages through Twitter from my mobile  is another effective mode of canvassing the voters. 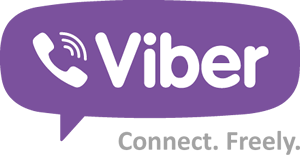 The benefit of using these mobile  applications are:

a) All these smartphone messenger applications are available for Android and other smartphones. using our 3G or WiFi (when available) to send messages relating to the election with our friends and family members. 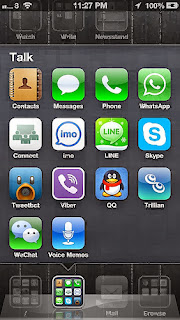 b) The conventional method of sending messages by way of  SMS will cost us the charges by the service providers. But there is no charges for using these mobile applications to send and receive messages, pictures, audio notes, and video messages about the candidates contesting the elections..
c) We can enjoy group conversations with your contacts discussing the pros and cons of various candidates.
d) We can send a million messages free of cost a day to our friends and relatives staying abroad all over the world as long as they have these  messengers installed and avoid those costly  international SMS costs.
e) Our Address Book is used to automatically connect us with our contacts. Our contacts who already have these  Messengers will be automatically displayed.
f) These mobile applications  work with our phone number, just like SMS would, and integrates flawlessly with our existing phone address book.There is no need of user id, passwords etc
So the voters, especially the younger generation, who are going to vote in  the forthcoming General Elections in 2014 will be highly influenced by various social network applications like Face book, Orkut and various mobile applications like Whatsapp,wechat,viber etc.since the messages will spread very fast through these media rather than the conventional media like Television and Newspapers.